In our Investment Strategy Note we discuss how even the best long-term performing fund managers always have shorter term periods of underperformance – it’s not a bug, it’s a feature of the best.

But to capture superior long-term results, which is what most of us ultimately aim for, we must tolerate periods of short-term pain. 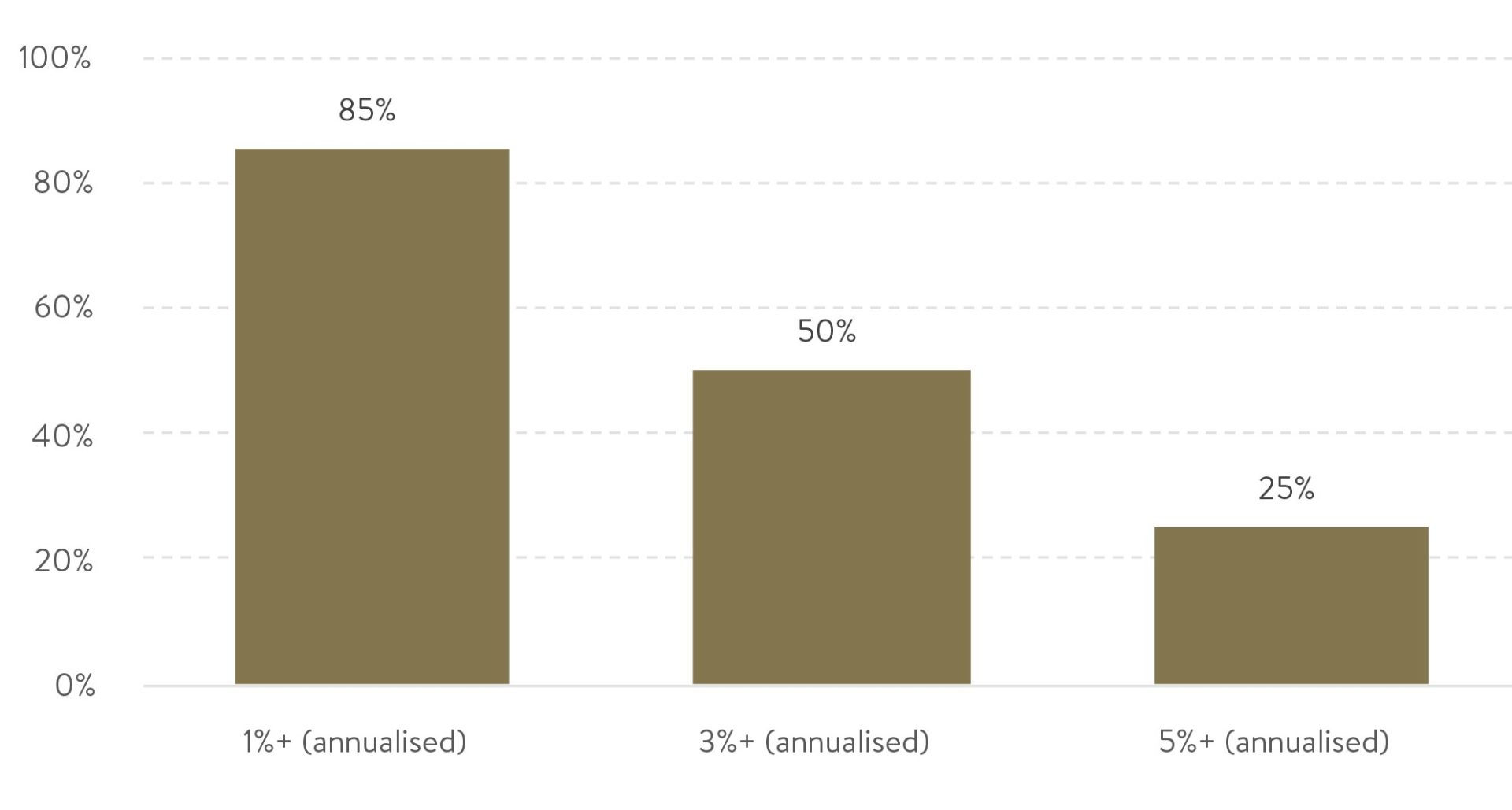 When looking at shorter periods, the results were even more telling. All the top managers dropped below their benchmark at least once. Moreover, a quarter of them went through at least one 12-month period where they underperformed their benchmark by 15 percentage points or more.

The evidence suggests that, rather than leaving a top-performing manager during difficult times, it pays to be patient through periods of underperformance. Indeed, the longer an investor can wait, the better their funds’ chances of beating its benchmark become.

As holding periods lengthen, short-term factors like economic fluctuations tend to become less relevant, partly because many short-term price movements tend to offset each other over a complete business cycle. This means that, as an investment’s holding period increases (e.g. 20 years vs. 5 years), investment risk due to market volatility (i.e. ups and downs of prices) will decrease.  Because of this relationship, both the frequency and magnitude of underperformance become less dramatic over more extended periods.

Investors who buy into an equity fund based solely on a few quarters of strong returns are quite likely to reverse course and sell out of the fund when returns fall short. In our opinion, this churn benefits no one, and hence at Ophir we seek investors who agree with our investment philosophy and appreciate our process. We expect our portfolios to have negative years or underperform their benchmarks on occasions and understand that investors can start feeling nervous and uncomfortable through these periods. As seen below, our Ophir Opportunities Fund, which has the longest track record of any Ophir fund at nearly 9 years, has had two periods of 1-year underperformance and one period of 3-year underperformance (albeit briefly), yet is ranked no.1* over the long term, generating 24.6% p.a. (net) since its inception in August 2012.

We strongly believe investors should remain focused on their long-term financial plan and avoid knee-jerk reactions during times of negative absolute or relative performance. All equity fund managers have short term periods of underperformance. A more wholistic view of managers needs to be taken. This includes factors such as long-term track record (if it exists), people, investment process, levels of alignment and adherence to capacity constraints, amongst others. In this way, investors who take a more wholistic view are more likely to set themselves up for long-term success.